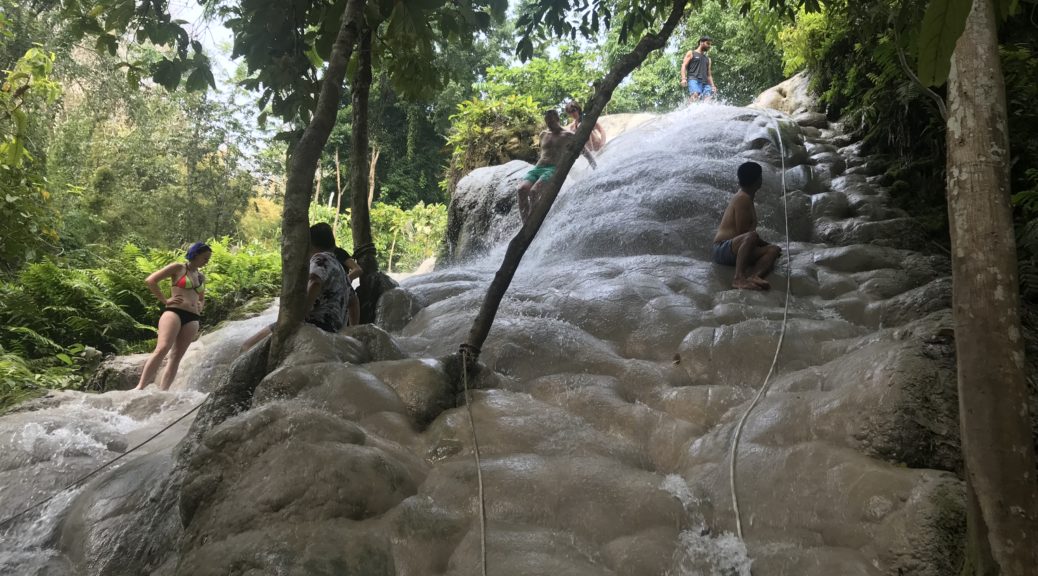 Today we visited the Bua Thong Sticky Waterfall (Nam Phu Chet Si). We visited the Mae Sa waterfall a couple of weeks ago, which was a big hit with Jack. He turned 3 today. What better birthday present than a family trip to another Chiang Mai waterfall?

The Bua Tong waterfalls are called ‘Sticky’ because you can walk up them. And yes, when I say ‘walk up them’ I do mean like Tom Cruise climbing up the wall in Ghost Protocol. You can literally walk/climb up the rocks, with water cascading down around you. Definitely one of the coolest things to do in Chiang Mai! 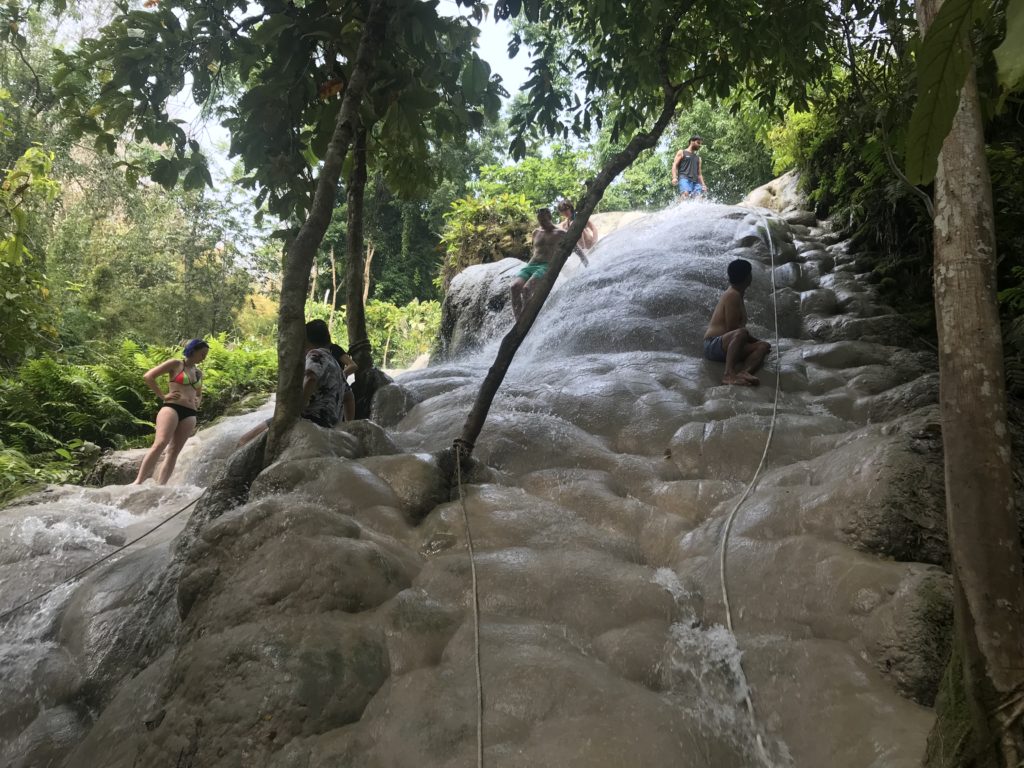 The science behind the Sticky waterfall

Apparently there’s a mineral deposit on the rocks that makes your feet grip to them. They also resist the growth of algae and slime, making them feel more rocky than your usual underwater hazards! Be warned, though, in slower moving areas of water there was some algae and the rocks were slippery. 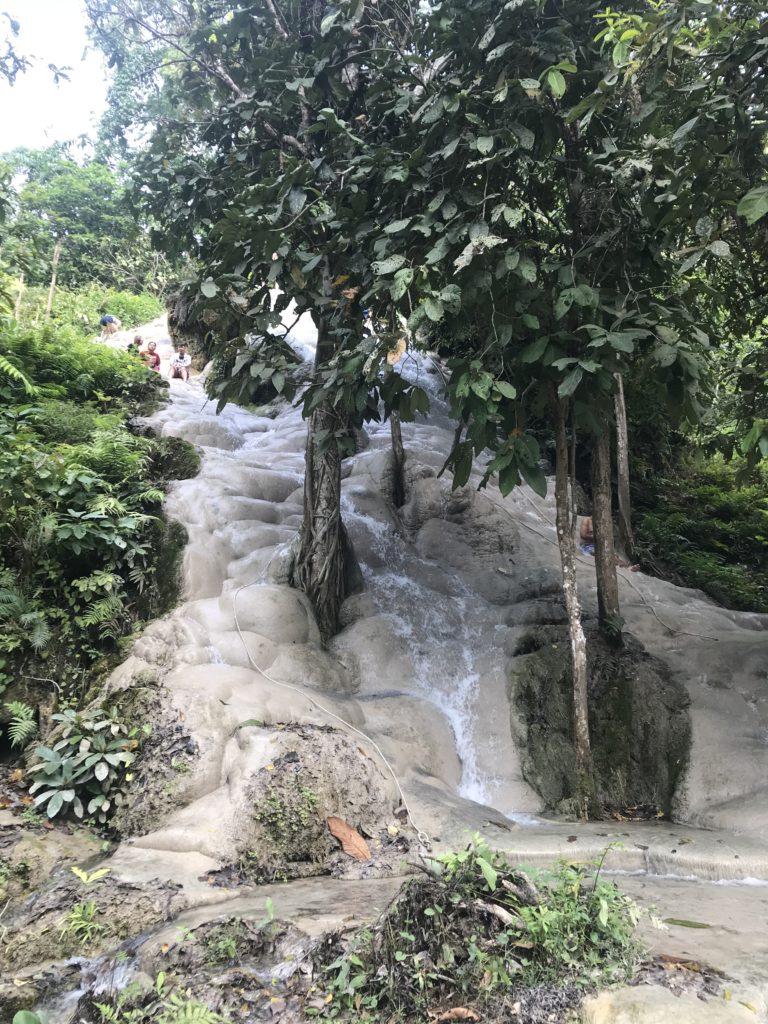 The Bua Thong waterfall is located just to the South of the Si Lanna Chiang Mai National Park. The area is stunning – dense green forests, hills and tress. It’s around an hour and a half from the Old town, and admission to the park is free – I’d highly recommend it as a day trip from Chiang Mai. It’s also along the route from Chiang Mai to Chiang Rai, so worth considering for visa runs and border crossing trips.

The falls themselves are on several levels. At the carpark level you can see the top of the fall, with ropes going over the edge. We later learned this was because the final bit of the ascent is very slippery!

There’s also a little pond at this level that lots of small kids were playing in. It looked clean enough, but we opted to go straight to the waterfall itself.

Lower levels of the waterfall 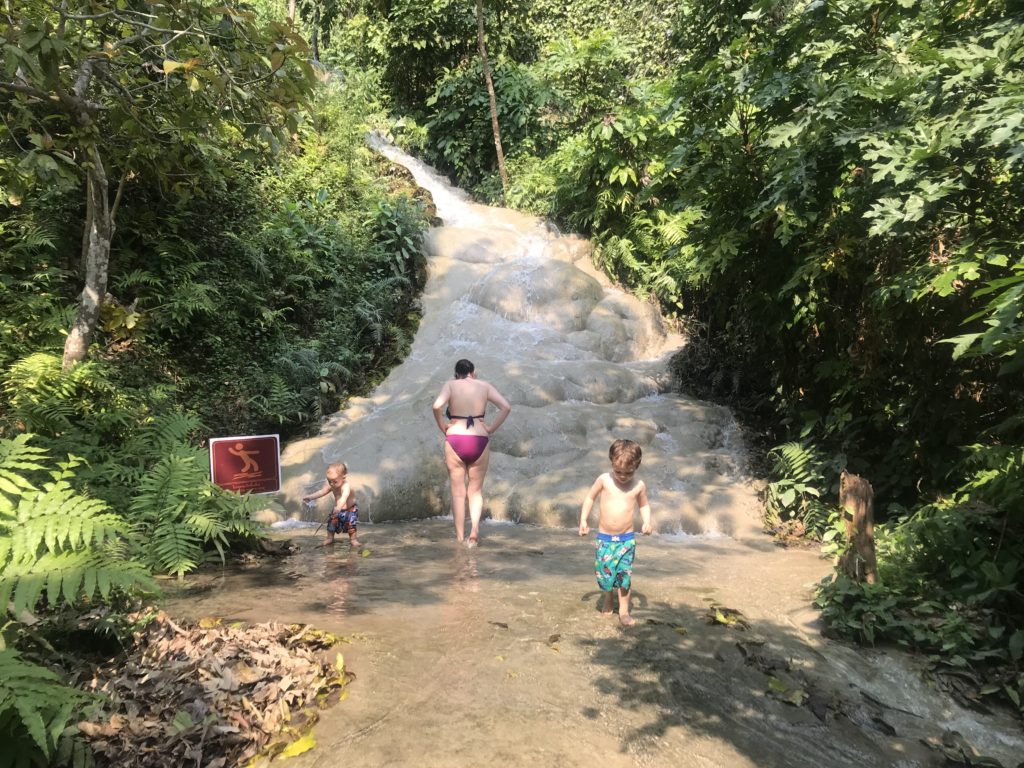 You can climb down the waterfall, although very few people did (most walked down to the bottom then climbed up).

There are steps down to two separate areas. The first was our favourite. It’s a beautiful, idyllic, shaded plane. There were little streams, gentle drops and pools to explore. I think Jack could’ve spent all day there!

I found some comfy areas to sit and relax with Cade (14 months), while Karl followed our excited 3 year old around.

We did walk down to the next level, but there were only a couple of pools and some angry looking hornets. I’m sure on a different day it would be quite pleasant, though.

Beyond that, you can climb down the waterfall, although there are no stairs to the side. We saw a few people doing it. I couldn’t see any swimming size pools, but then I couldn’t see to the base of the falls. There weren’t any pools big enough to swim in in the 2 levels that you could get to via stairs. 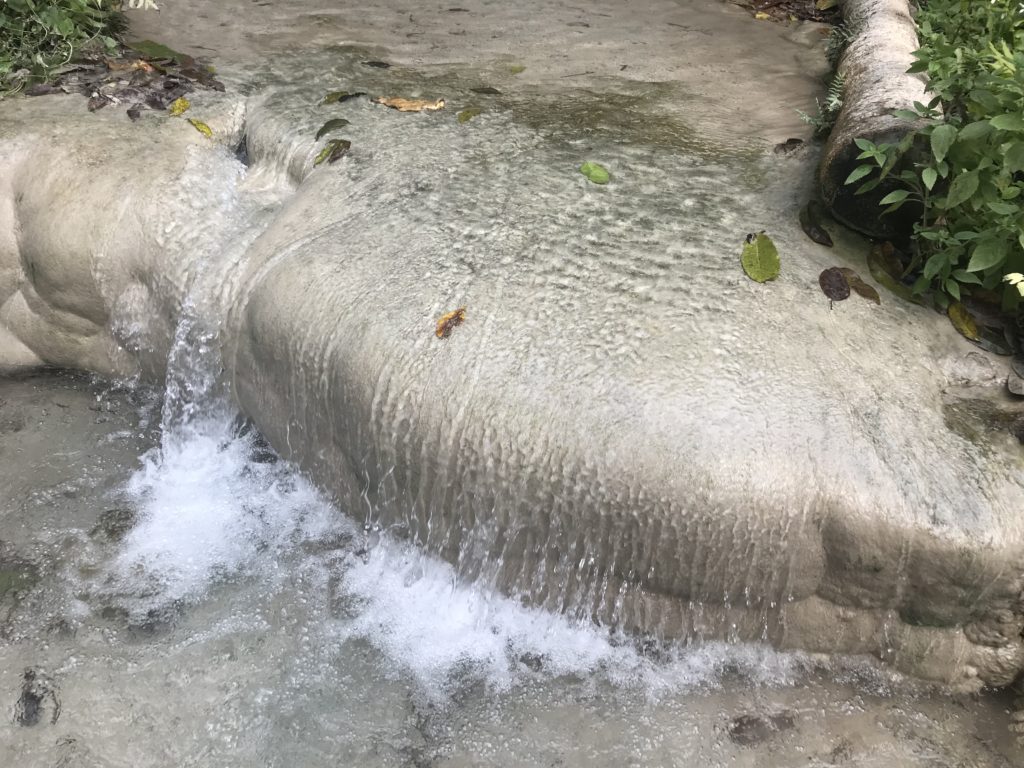 Bua Tong is a very beautiful waterfall. It has cream coloured, boulder-like rocks, with cool, clear water running down them. They almost look a little unreal – like something you’d see in a waterpark.

The contrast with the dense, Thai greenery is lovely. There was a park lodge near the car park with photographs of the waterfall. Most were the standard ‘waterfall style’ long shutter shots (where the water looks silky).

I think this waterfall would be better photographed with a quick shutter. If I was a photographer I’d love to capture the sharpness of the crystal clear water running over rocks. 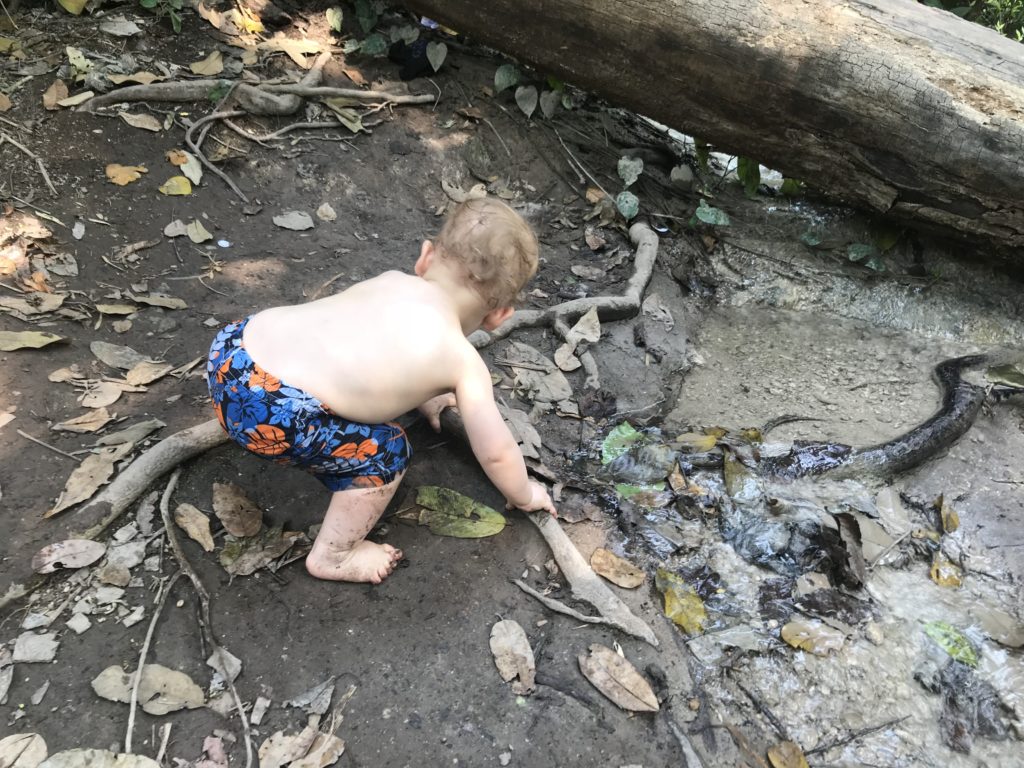 To be honest, if I couldn’t see all the other childless people climbing up and down the waterfall, I’d have said that it was easily one of the best things to do in Chiang Mai with kids. However, I did feel a bit like I was missing out by not being able to climb the falls.

Karl did actually take Jack up one section of the falls (!). You know that slippery bit I mentioned earlier? Well, he found that out when he was with Jack, having already climbed up too much waterfall to safely come back down. I’m told it was a little hair raising. Jack had a whale of a time, of course.

I saw two other kids, maybe 5 and 8 years old happily clambering up and down the waterfall. I’m not sure all parents would be happy with their kids doing that – it is very steep – but it’d certainly be possible to do with older kids.

Possibly dangerous, but great fun and totally worth going…I will probably try and come back without the kids, sometime though!

If you want adventurous things to do in Thailand and don’t have kids, you can’t miss this!

Things to do in Chiang Mai with kids 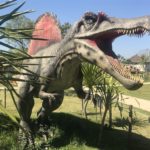 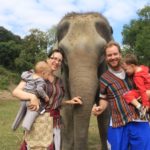