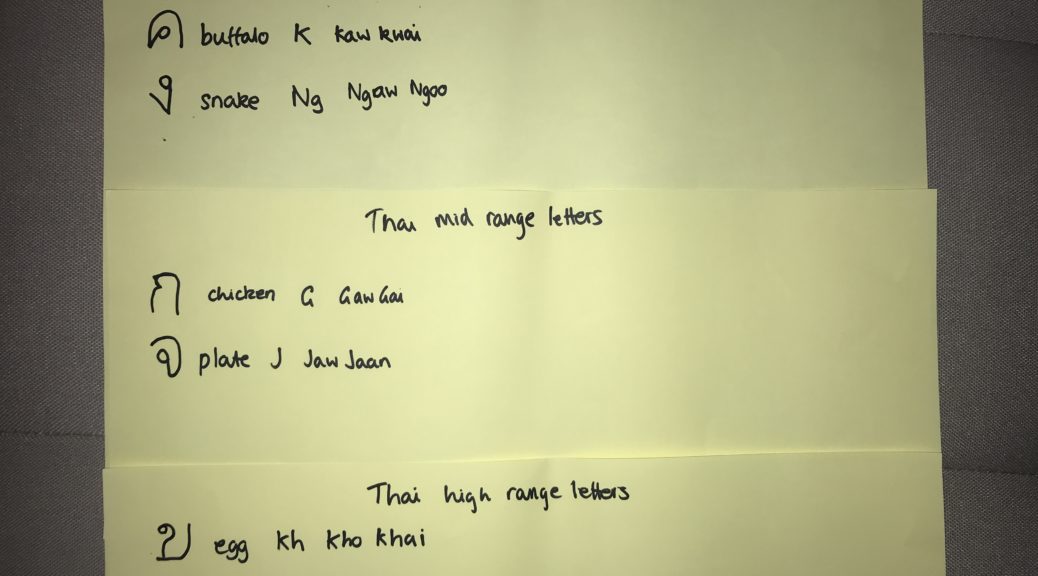 Today I’ve tried to figure out the most common letters in Thai. This has been surprisingly difficult considering most sites I’ve been on will tell you that many letters are barely used. Here are the resources I’ve been using:

Learn Thai from a White guy 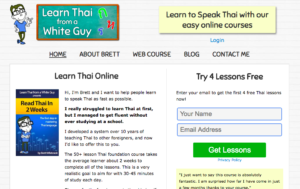 You gotta love the name of this one! And the course seems pretty good too. If you add your email he’ll send you the first 4 lessons free (after that it’s $150 for the 2 week course). I’ve just done the first one and like it. Each Thai letter has a word associated with it, for example, this is the ‘chicken’:

He gives you memes to help remember each letter. I guess you could come up with them yourself, but it might get a bit tiring to do it for 44 consonants and 15 vowels!

The first lesson has the 7 most common consonants. The only trouble with this course is that he doesn’t write down the sound. I mentioned that I’m a visual person. As a visual person, I really need a picture of the letter with the sound written down next to it. And not in a hard to read table.

I’ve also found a couple of full Thai alphabet lists. There’s one on thai-language.com here  and another on wikipedia. They’re useful, but a little difficult to read. 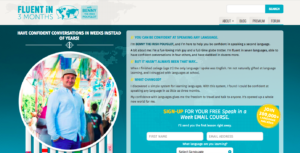 While searching for my visual, easy to understand Thai alphabet, I came across this. This was the article that inspired me to set my ‘learn Thai in 2 weeks’ challenge for myself. I love it because it talks about shortcuts and tricks!

I don’t know how I’d go about learning from a table of 44 consonants, each of which have a (seemingly) randomly assigned low, mid or high tone. It was actually starting to remind me a bit of trying to learn German genders for nouns.

But Benny, from fluentin3months mentions some good tricks:

Learning the most common consonants in Thai

So, after reading that, I was very ready to start ‘cheating’ by figuring out the most commonly used letters. I also definitely wanted to group them visually. Trouble was, I still found it really difficult to find what I wanted. 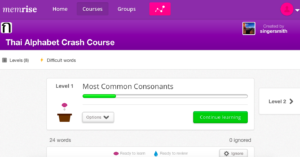 I’ve eventually found memrise, which has a course on the Thai alphabet. It’s pretty fun actually. I only intended to copy the alphabet down, but ended up doing the start of their course. It involves lots of different ways to help you remember letters. They claim to use psychology to help you remember, which is good. Makes a change from the bad language teachers of my past! I like the short term/long term memory box. It tells you how many letters it thinks you’ve stored in each type of memory.

The information I wanted was here, although you have to go through the course to get it. So I’m creating my own. I definitely feel and infographic coming on. Watch this space 😉 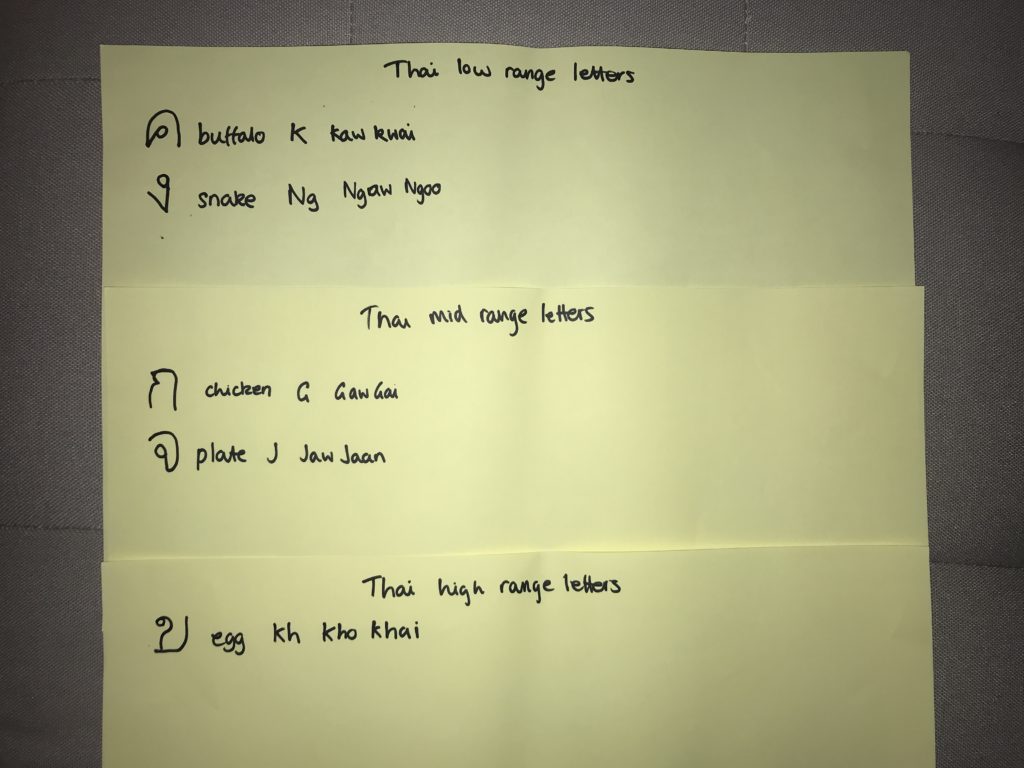 See how I fare over the next week