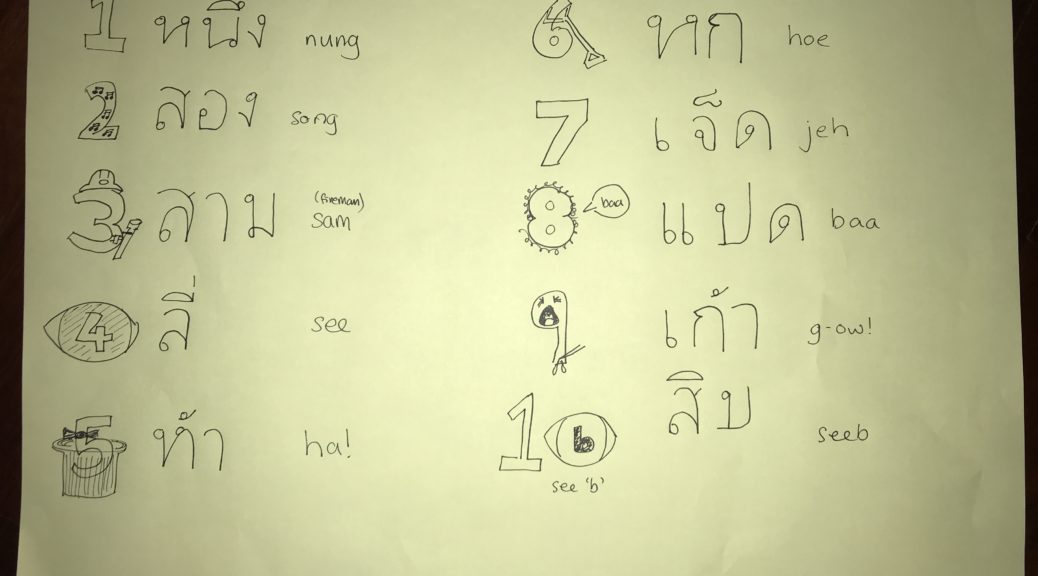 Today I’ve been going over all the letters I learned yesterday and starting on the numbers.

I was a bit annoyed with myself yesterday when I went to the market. The stall owners could understand my question of ‘how much is that’ but I hadn’t a clue what they were saying when they answered in Thai. Considering that most things there were either 10, 15 or 20 baht that’s a bit embarrassing!

So I decided to skip ahead a bit and learn numbers, in the hope that when I go back to the market on Sunday I can do better.

I’ve known 1-5 for a while, but I seem to have a block against the 6-10s! Jack can already count to 10 in Thai and has started correcting me when I get it wrong! Time to step up the game.

My cartoons worked well yesterday, so I decided to do the same for the numbers. I also wrote out the Thai word next to them. I figured it was good practice for me to go over what I’ve learned. I was pleased to see that I’ve already learned many of the letters – the internet didn’t lie when it told me that most letters aren’t used very much. 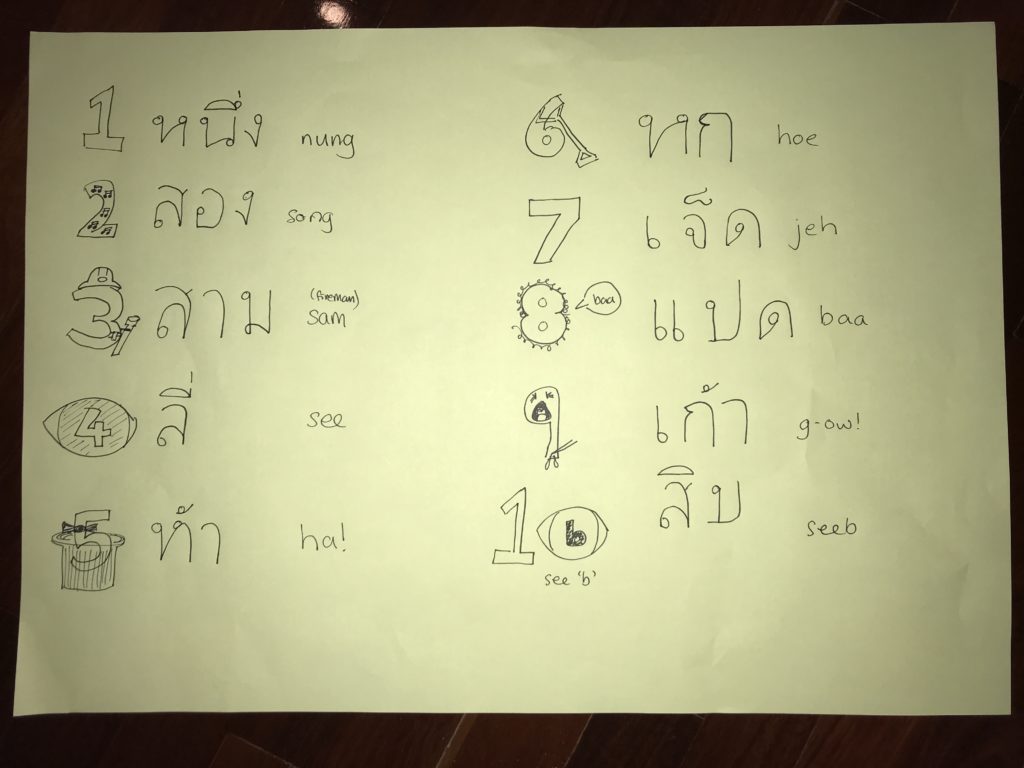