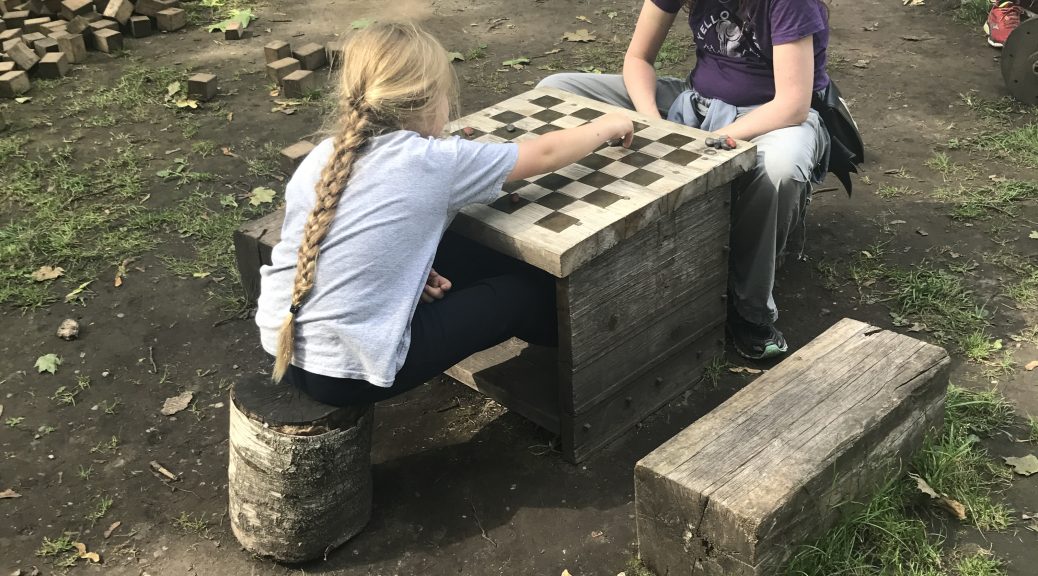 Today we drove around an hour from Riga to Cesis Castle, which was honestly one of the most well thought out, fun castle experiences I’ve been to.

The castle complex includes both the medieval and the new castle. You can buy tickets for either or both. We weren’t charged for the kids, so paid 4 Euros per adult for a medieval castle ticket.

First stop was the dungeon. You descend through a small hole using an iron ladder to get into the circular dungeon. There’s a single shaft letting in a small amount of light. Pretty cool. We managed to get our baby and 2 year old down there using a baby carrier (the 2 year old was very upset at the idea of being left behind!).

Next we did a lantern-lit walk up the tower to the top. A member of staff dressed in medieval clothing provides you with a lantern at the base of the tower. You go up a couple of narrow, winding stone staircases, stopping a various rooms on the way to the top. At points it is completely dark, so you need your lantern!

The route is well thought out, though – they have separate staircases to go up and down, so you’ll never be squeezing past other people.

After walking around the rest of the castle ruins we walked outside. They had a stack of huge cannon balls from Ivan the Terrible’s siege in 1577, which was a definite hit with the small boys.

The castle garden was fantastic. The gardener was there to show us around the rows of herbs and vegetables, all of which were well labelled. My two year old loved seeing the carrot plants (his favourite vegetable).

After the garden tour we were treated to samples of water with mint and cucumber from the garden, as well as apples. And after giving a tip, we tasted his homemade berry liqueur. Yum!

We finished with some time at the medieval playground, complete with swing, see-saw, stilts, an adult size horse on wheels, a chequers table and a hoopla game.

On the way out they had a blacksmiths and jewellery workshop. You could see the forge, huge bellows, anvils and other equipment.

In another room there was a guy carving and selling moose antler jewellery and dice. He spent a long time explained his methods to us. Everything was made using traditional methods including using a mix of charcoal and bees wax to make the dye for the detail. Prices for dice were from 1-5 Euro depending on size.

All in all well worth the drive out there!